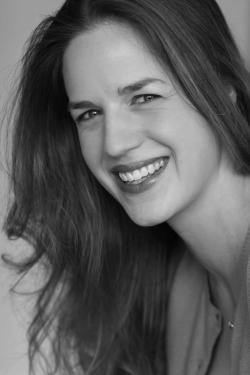 Soprano Erin Sura is a native of Wisconsin and student of Carlene McMonagle.  She has most recently been seen performing in the Florentine Opera’s production of Tosca and the role of Fiordiligi in New York Opera Forum’s production of Cosi fan tutte. Additionally Ms. Sura has performed excerpts of Cio Cio San with the Florentine Opera Company’s outreach concerts while also participating in their full productions of Madama Butterfly and The Magic Flute.  She has been heard singing the full and partial roles of Belinda and the Second Witch in Dido and Aeneas, Agathe in Der Freischutz and the title role in Arabella with the Bay Area Summer Opera Theatre Institute.  Ms. Sura performed the role of Rosalinde in Die Fledermaus with New York Opera Forum and several roles with Opera in the Ozarks including the Countess in Le Nozze di Figaro, Kate Pinkerton in Madama Butterfly and Mrs. Hayes in Susannah.  She has worked with the Natchez Festival of music performing the role of Pertelote in the children’s opera Chanticleer in addition to participating in their mainstage productions.  She has sung the roles of Mere Marie in Dialogues of the Carmelites and the First Lady in Die Zauberflote.  Ms. Sura was awarded second place in the Connecticut Opera Theatre Amici Vocal Competition 2009 and has performed with companies such as Commonwealth Opera, Boston Opera Project and Old Deerfield Productions in New England and with the Florentine Opera Company, Milwaukee Opera Theater and Music by the Lake in the Midwest.  Active in new music as well Ms. Sura originated the role of Gloria in Prodigal Lust by Matthew Walton as well as the title role in the concert production of Paula Kimper’s The Captivation of Eunice Williams.  She can next be heard performing in the Florentine Opera’s upcoming production of Elmer Gantry in March.