This project is supported, in part, by funds from Dane Arts and the Madison Arts Commission. 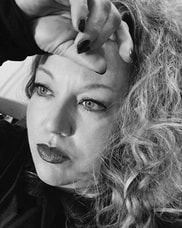 Melanie Cain, Soprano, holds a Doctorate of Musical Arts in Vocal Performance and Opera Production and a Masters of Music from the UW-Madison and an undergraduate degree from Luther College. Currently she operates Maven Vocal Arts. She is also the Board President of the National Association of Teachers of Singing and previous Co-Director of The Metropolitan Opera National Council Auditions. 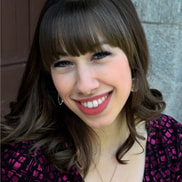 Amanda Lauricella recently began a doctoral program in voice performance at the University of Wisconsin-Madison, studying with Professor Mimmi Fulmer. She received her master of music in voice performance from the University of Massachusetts-Amherst, while working as the graduate teaching assistant for the university’s voice department. In 2014, Amanda received her bachelor of music in music education from the Crane School of Music at the State University of New York at Potsdam.
Amanda has performed the role of Mabel in the Pirates of Penzance, as well as the doctor in the world premiere of The Scarlet Professor. She most recently performed the role of Gretel in Humperdinck’s Hansel and Gretel and the role of Fortuna in the University Opera’s production of L’incoronazione di Poppea last November. Amanda has also performed with the Berkshire Opera Chorus, Tanglewood Festival Chorus, and Washington Master Chorale. 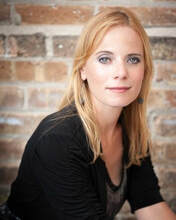 Mezzo-soprano Allison Hull is presently a frequent and accomplished performer in opera, concert, and recital, known for her versatility as singer, actor, and teacher alike.

2014 began with the title role of L’enfant at Milwaukee Opera Theater in Ravel’s charming opera. Later this spring she presented a faculty recital with esteemed flutist, Melissa Snoza at Carthage College in Kenosha Wisconsin, followed by Puccini’s La Boheme with the Florentine Opera Company of Milwaukee, and Skylight Opera’s 101 Insights at the Hotel Foster. Summer engagements include Florentine Opera at Colectivo performances, a Leiderabend at Villa Terrace with Opera on Tap, appearances at Festa Italiana, the Italian Community Center, and with the Racine Concert Band. Next season Ms. Hull will be covering Angelina in Rossini’s beloved Cenerentola, singing the Mezzo soloist with the Kenosha Symphony in Beethoven’s 9, and playing Pitty-sing in the Mikado with Milwaukee Opera Theater. 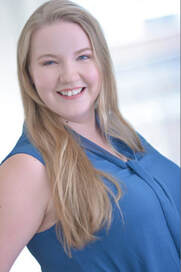 ​As a performer, soprano Dana Carlson has sung with Fresco Opera Theatre, Red River Lyric Opera, Druid Opera City Workshop, the South Dakota Symphony Orchestra, the University of South Dakota, the Central Wisconsin Symphony Orchestra, and the University of Wisconsin-Stevens Point in roles such as Beauty in Vittorio Giannini’s opera Beauty and The Beast, Flora (cover) in Britten’s The Turn of the Screw, Adele (Die Fledermaus), Susanna (Le Nozze di Figaro), Adina (L’Elisir d’Amore), Ms. Pinkerton (The Old Maid and the Thief), Dragonfly (L’Enfant et les sortileges), and Nursing Sister (Suor Angelica). Other operatic experience includes opera scene work as Blanche (A Streetcar Named Desire), both the First and Second Ladies (Die Zauberflöte), and Beth (Little Women), as well as worked with Fresco Opera Theatre as a cast member of their latest garage opera The Ugly Duckling as a “mean girl” in a 1980’s inspired community outreach and engagement tour.

Busy on-stage and in the classroom, Ms. Carlson has experience teaching at the middle school, high school, collegiate students and adults in the choral rehearsal, classroom, and private lesson environments. 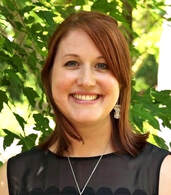 Stacy Fehr Regehr is a native of Emporia, Kansas. She holds a Bachelor of Music in Piano Performance from Emporia State University, followed by a Master of Music in Piano Performance and Pedagogy from Kansas State University. Stacy has taught piano and flute for over 20 years, including an adjunct teaching position at Kansas State in 2005. Since moving to Madison in 2006, she has served as a staff accompanist with the School of Madison Ballet. Stacy is a founding member and the pianist of Arbor Ensemble, a chamber group devoted to promoting music by women composers. Her freelance career includes performing with Fresco Opera Theatre, the LunArt Festival, and accompanying private studios and high schools in the area. ​