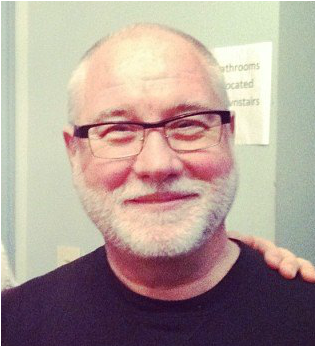 William Farlow, Associate Professor of Music and Opera Director for the University of Wisconsin-Madison, has well over two hundred productions to his credit. His career has taken him to Scotland, Mexico, and Canada, as well as throughout the United States. Including New York City, Chicago, Memphis, and Fort Worth. He has directed productions for the Lyric opera of Chicago, Los Angeles Opera, and the Canadian Opera, and has worked with such artists as Placido Domingo, Kiri Te Kanawa, Carlo Maria Giulini, and David Hockney.
As a singer Mr. Farlow has performed major roles in La Cenerentola , La belle Hélène , and Così fan tutte , as well as principal roles in nine Gilbert and Sullivan operas. He has choreographed national touring productions of The Merry Widow and Naughty Marietta for rthe Eastern Opera Company.
As a stage director Mr. Farlow’s repertoire ranges from Handel to Schoenberg and Mozart to Ravel. His credits include major productions of Tristan and Isolde for the Pittsburgh Opera, Turandot for the Lyric Opera of Chicago, and Salome for the Los Angeles Opera. He has directed the Florentine Opera’s production of The Barber of Seville and The Mikado for the Lyric Opera of Kansas City. He was invited to be chair of a panel at Opera America’s Young Singers’ Workshop in Chicago in March 2001 and is a contributor of articles to Opera America’s Perspective series. In July 2001 Mr. Farlow directed the world premiere of The Children of the Keweenaw for Michigan’s Pine Mountain Music Festival. Past productions include a double bill of the Mahagonny Sponspiel and Trouble in Tahiti for the University of Kansas and Doctor Miracle for the Florentine Opera Company. Recent engagements include La bohème and Die Zauberflöte for the Kalamazoo Symphony, Turandot for the Pensacola opera, and Tosca for the Midland Symphony. Upcoming engagements include the world premiere of Alicyn Warren’s Mirror Story for the University of Michigan, La bohème for the Midland Symphony, and productions of Hansel und Gretel and Maud Powell: Queen of Violinists for the Maud Powell Music Festival. Mr. Farlow has a Bachelor of Music in Theory and Compositions from the University of Texas-El Paso and a Master of Music in Opera from the University of Texas-Austin.